A One Way March 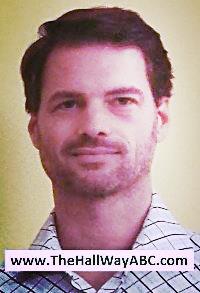 A One Way March

Not long ago a karate instructor was telling a story of two students who were both told to practice punching a makiwara board.  One was insistent it would weaken or calcify his joints and the other student looked forward to it strengthening his fists.  The teacher was telling us that the two students had a different consciousness regarding the matter and that is what ultimately determined their results and their experience along the way.

That is just one situation, among a countless many, that any of us could find ourselves in hoping for the best outcome, but who can know their decision, attitude or approach will lead to that?  There appears to be myriad levels of consciousness a person could be in and just and many different situations.  How does anyone navigate such complexity in life?  Since every approaching situation is different in some way, it would seem an exhausting task to attempt to adjust oneself to a better attitude let alone a higher and more expansive expression of consciousness (whether applied on ourselves or to a client).

What allowed for one student to have faith in the practice yet the other student feared it?  What if we break this down like a BodyTalk session?  If we call a "Yes" a hit on priority and an intuitive feedback message then that could qualify as a higher consciousness than a "No."  What is the consciousness of a "No" in a session?  Does something bad happen?  Is the practitioner wrong?  Is Innate confused?  Will the client fall ill?  Was any type of mistake made?  Does this mean the session will fail?  No!

In BodyTalk, when a "No" happens, nothing much happens. It is not even that Innate itself responded "No!" or that our Intuition scolds us.  It is that there was a non-response of indifference.  A "No" is not even given any consideration, simply move on to the next question; the "No" is largely irrelevant and does not get included into a formula.  By this consideration, BodyTalk only moves in one direction only, towards health consciousness and not away from it.  We could say it has a "non-dual consciousness".  Fear may present us with a million glamorous options with varying degrees of success.  Despite that quantity of options what we also have available to us is a qualitative approach.  Fear born of duality is of poor quality indeed.

If there was a chance for a session to unfold in such a way that the person could be made weaker or stronger (as per the karate example above), then it could move in one of two directions.  This can be called a consciousness of duality - things can move in either direction.  Something that can work for you or against you.  You could be supported or betrayed.  It could be good or it could be bad.

What if every situation, of which there are a myriad, could be approached with the consciousness that "This too works for me or at least with me."  When life answers to each of us with a "No" do we treat that with the same indifference as during a session or do we give it undue meaning and power?  It is said that fear is born of duality.  When facilitating a session, wouldn't it seem silly to get so wrapped up in the "No's" that we panic and tap them out?  Yet fear can lead us down this path of illusory importance.

One basic definition of Consciousness is that it is all-inclusive prioritized intelligence.  Whereas 'levels of' consciousness have separation, categorization, perspectives and so forth expressing various degrees of order and intelligence or chaos and stupidity.  Each level having its own name to identify how that level is defined.  Bodytalk is rooted in the non-dual non-level unnamable basis of pure consciousness where each "No" is at best encouragement to ask more questions.

I have been asked many times if BodyTalk is faith-based or if it only works if you believe in it.  At the point where 'everything works together for the good', consciousness and faith find common ground.  It is not a matter of believing in this or that, or in not believing.  It is a consciousness where you can only have faith that BodyTalk (and everything else in your life for that matter) only works 'for you' and never against you - ever.  Any misperception to the contrary (and there will be many) can be treated as a BodyTalk "No".  With this, our fear-free indifference to the "No's" only encourages us to ask more questions and march on ahead unphased by any otherwise apparent set back.

The belief that something can work against us is merely an indication that we have placed our faith in a "No".  We can either Faith It, or we can Fear It.  Some people No life and others Know Life.  Whether you No it or Know it, the choice is yours - that is, if you still believe you could choose wrongly.  The BodyTalk System is geared towards unraveling misperceptions that life and events can work against us.  I continually seem to find myself fighting situations, circumstances, other people and even myself but thanks to such Consciousness-based practices, faith is increasing and I find that I am more supported and more in tune with the understanding that there is only one way to go; upwards and onwards!  The value to having one-way isn't about a quantitative restriction, monotony, limitation or lack of choice, it is about going in the non-dual directionless direction without fear or confusion.  Inherent values reveal themselves as priority unfolds spontaneously at every step.

You may choose to punch the makiwara board of life or not.  Just be assured that in no case can life be tearing you down.  If and when that does appear to be the case, give or receive a BodyTalk session, or perhaps a BreakThrough session, consider meditation, sitting in silence, or do whatever it is the priority for you to unravel that misperception in order to shed the fear that isn't here.

"...Ever inside from the strength and purity you have earned from countless incarnations comes the endless throbbing voice of silence chanting from the depths of consciousness deep within your heart. Victory! Victory! Victory! Ever onward you march, never dwelling on the failures of the past. You are charged to set the example for mankind, for you are the eternal warrior, the protector of all that is sacred and holy, the keeper of the light for eternity. You will muster up strength and courage to carry you through any challenge. You have never had the leisure to think about yourself, as you always were concerned with the highest code of conduct, service to God and service to mankind.

You are an ancient warrior tempered in Duty and Honor, thrown into a time of greed, unholiness, selfishness, dishonor and unjust causes. You will never stop for your goal is beyond time, space and causation. It is Eternal, Almighty, pure Being. Therein lies your goal, your Victory.