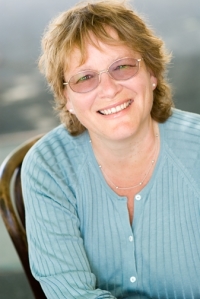 Diana has studied many varied forms of the healing arts since 1990.  Those include Reiki, accupuncture, accupressure, shiatsu massage, chi manipulation, channeling, crystal and aroma therapy and chakric consciousness.  Along with BodyTalk Access, she incorporates yoga and meditation as part of her daily routine.  She is thrilled and amazed by the science of BodyTalk and has embraced it as her career.  She enjoys working with dogs and cats and with people who are ready to take responsibility for their health and well-being.

Diana is also a singer/songwriter, web developer, video editor, script supervisor and first mate.  She has a degree in computer science from North Seattle Community College and was most recently a database programmer for Harborview Hospital.  She has a degree in writing from the University of Washington Extension and a degree in self-actualization from Greybeck University in Ashland, Oregon.  She studied theatre and music at the University of Minnesota.   She and her life partner Sylvia, have produced a CD,  and are currently working on a second - www.dianagard.com.