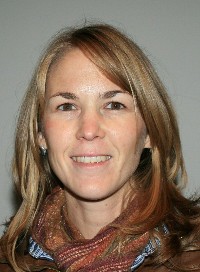 I have always been interested in healing - which led to my studying psychology from 2004 and qualifying as a Counselling Psychologist.
However, I soon found Psychology to be limited in that people can have an 'ah ha' moment but this only brings about small shifts. While we can understand things on an intellectual level it does not necessarily bring about shifts on a deeper level where the shifts need to take place for change to be lasting.
So it was that I became interested in hypnotherapy and the power of the subconscious mind/the deeper unconscious aspects of our lives. I became a qualified clinical hypnotherapist and found this to have powerful results.
I then stumbled across BodyTalk and experienced it as a client for the first time in 2005. I was amazed at how much more quickly shifts are brought about through BodyTalk and how powerful the modality is. It was not long before I had begun the journey of exploring the importance of holistic healing which encompasses but is greater than the mind/emotions and includes a focus on physical experiences, environmental factors and, of course, energy.
In BodyTalk there is a technique called Active Memory - when an event occurs or a belief formed it is accompanied by a emotion/s. The event or belief can be stored in memory along with the emotion so that each time the event or belief is triggered the emotion resurfaces. This is basically what we call regression in psychology and the person is left wondering why they are reacting so strongly to a seemingly trivial situation. While Psychology and even hypnotherapy can take a long time to neutralise the memory of the event or belief so the emotion is no longer attached the innate wisdom of the body is able to do that far more rapidly through BodyTalk - sometimes requiring only one session.
I am excited and passionate about this modality and love sharing it with those who choose to see me - from babies to the elderly.