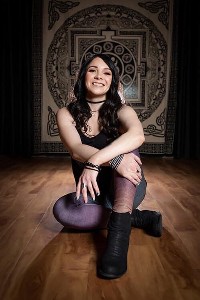 Kerry was a successful salon business owner and hairstylist for several years, which she thoroughly enjoyed.
She was introduced to BodyTalk in 2014. She had her first session and could not believe how relaxed she felt after.
She knew that she had to know more, so soon after she was enrolled in her first BodyTalk course. It was so fascinating that only 6 months later she was enrolled in her second course.
In 2015, she gave birth to her daughter who was stillborn. The pain was overwhelming and BodyTalk helped her tremendously with her grief, to an extent that she would have not thought possible.
In 2017, she became a certified BodyTalk practitioner. It is now a passion for her to help other people reach a state of wellbeing.
IBA Education
BodyTalk Access
BodyTalk Fundamentals ~ modules 1 & 2
MindScape & Advanced MindScape
The Soul's Journey-Exploring the Mind & 3 Brains
FreeFall 1 & 2
Advanced BodyTalk Protocol & Procedure
Advanced BodyTalk ~ Principles of Consciousness ~ module 3
Non IBA Education
Reiki ~ Levels 1 & 2