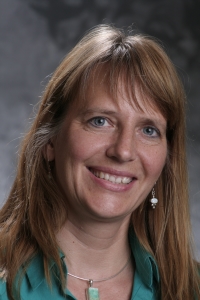 Background
Melody Hiebert, a Certified BodyTalk Practitioner and member of the International BodyTalk Association, began studying BodyTalk in November 2003.  She has been a licensed Massage Therapist since 1999, having received an Award of Distinction for her contribution to a thesis on the ERS and FRS of the Lumbar Spine.

She has attended courses in complementary therapies that include BodyTalk, Breakthrough, Massage Therapy, Craniosacral Therapy, Healing Touch, Somato Emotional Release, Access Consciousness, Lymphatic Drainage, and Myofascial Release.  The beauty of BodyTalk is that it can combine the benefits from any of the various modalities into a single session.

She has been drawn specifically to BodyTalk due to its logical and holistic approach - using non-invasive procedures which incorporate the many aspects that affect a person’s well-being – the physical, emotional, energetic, and spiritual.  She is excited about the fact that BodyTalk can address multiple health-affecting factors in one session, and sometimes specify that other healing modalities are required.  BodyTalk offers the incredible potential for obtaining results that are highly-effective and long-lasting.

"I love that each session is customized to the individual, as they are at that specific moment in time.  As each person and their personal experiences are unique, so is the unfolding of their own healing and self-development."   - Melody, Pura Vida Therapies, 2007

She has had the privilege of receiving a significant amount of her training directly from Dr. John Veltheim, the founder of BodyTalk.

Whether you live near or far, Melody offers in-office or distance sessions for people and/or their animal companions.  Phone 204-801-3303, or email puravidatherapies@hotmail.com  to schedule an appointment.

Jennie has been sleeping great since she returned home.  She is not congested at all now (having stopped using a laundry additive which a BodyTalk session identified as an issue).  She did not experience the usual stiffness when she returned home after 5 hrs of travel (she usually is stiff and has difficulty getting out of the vehicle).  She was able to do 3 hrs of raking with less fatigue and pain, and now has the energy to do multiple errands at a time whereas she used to get tired and return home after just one errand.

Wyatt (9 yrs old) was having difficulty sleeping, waking up at any noise.  He was combative with his sister 80% of the time, and angered and saddened easily.  Through the BodyTalk sessions, we discovered that he had a fear of the dark and had unresolved anger at his sister for having woken him up at night when she cried as a baby.  Since his treatments, he sleeps through the night and his relationship with his sister has vastly improved (they get along 80% of the time and play together!).  He is far more positive and grades are improving in school as he no longer experiences problems with concentration.

Bruce had chronic sinus problems, calcium buildup resulting in significant restrictions in the neck, and headaches.  Also upper and lower back pain associated with an imbalanced pelvis.  After his first BodyTalk session he found that his sinuses have started to clear, his ability to rotate his neck has significantly improved, and he has experienced no headaches or back pain.  He indicates that during a following massage treatment, the massage therapist commented that the imbalanced rotation of his pelvis has almost disappeared.

Frank the Siamese Cat was significantly dehydrated, and according to Lynn, she had never seen him drinking fluids.  Frank had been abandoned, and was later adopted by Lynn.  In the many months since she began feeding Frank, she had never seen him drink anything.  After a 5-10 minute BodyTalk session, Frank was very playful. And the next day, Lynn reported that she was surprised to see him drinking water!  He also began demonstrating more affection towards Lynn, and following her around.

A BodyTalk session for Jan H indicated that she had experienced much kicking and discomfort from her son while carrying him in pregnancy.  She confirmed this, indicating that at the same time as finding it irritating, if she wasn’t feeling his kicking, she became very concerned about his well-being.  As a young child now, she found that her son was often acting up with specific intent to irritate her.  The BodyTalk session addressed Jan’s need to be irritated to know he was ok, and her son’s belief that he needed to fulfil that need. Having completed the follow-up discussion with her young son, as was indicated by the BodyTalk session, Jan finds that the intentional acting-up is greatly reduced.  She, herself, has also experienced reduced muscle tightness in the pelvic region.