Search for all Testimonials. You can narrow your search by the different modalities, keywords, instructors, practitioners, client, or date.

Cortices on my Dog

I was just completing Modules 1 & 2 for the second time. The night before the class was to finish, my little 15 year old Maltese dog (on the left) appeared to have a stroke. He was stumbling, and more blind and deaf than normal. I fully expected that he wouldn't make it through the night.

But, he was still with us the next morning, although his breathing was shallow and labored. I decided to go to class despite my fear of not being with him at the end of his life. During lunch I became very upset, feeling sure that he had passed.

When I got home, my roommate announced that he was still with us, but this was "It". He was failing fast. So, I held him and comforted him the best way I could and decided that the next morning would include a visit to the vet to put him to sleep.

He was still alive the next morning and even though I have not taken Animal Talk, many of us in my class expressed an interest in learning those skills, so I guess the subject of doing BodyTalk on my little dog was fresh in my mind. I decided to try Cortices on him.

I did the Cortices protocol on him three times in a row and put him down on his bed. The little guy jumped up, walked sure-footedly down the hall and took a big, long drink, his first in days. From that point on, he has been eating, drinking and eliminating normally. He has even run through the house to greet me on some occasions. I am thrilled beyond words.

I continue to do Cortices on him every morning and he continues to astound me. I am certain that his end is coming, but I am delighted that whenever it comes, my dear little companion will be more comfortable and will feel better right up to the very end. 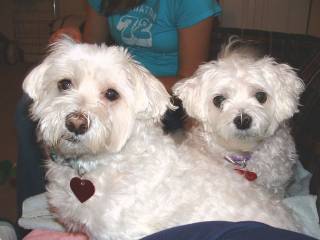