The Integrity Theory of Disease

The other day I told my legs that my arms were up to no good.  I whispered that my arms didn't know anything and that they were spending too much time folded and idle.  The biceps are knotted I smugly stated.  Stupid arms.  My legs said they'd keep it a secret but of course they sold me out and told the feet, and you know how the feet like to gossip. It got back to my arms and they were mad at me so now I have an elbow ache. 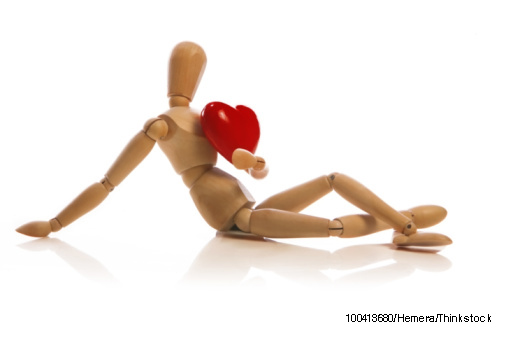 I went to a therapist and was diagnosed with "achy arm syndrome".  All the symptoms were there too.  There is inflammation so there must be a pathogen in there that needs flushed out. The muscles must be out of sync with the shoulders so the back needed worked on.  Special exercises were created to counteract the tightness.  My diet was adjusted, supplements were added, my handwriting was analyzed, the zodiac was consulted, pills were consumed, meridians were cleared, my doshas were balanced, chakras were aligned and my cortices were tapped.
While all of that seemed like different ways to tackle one problem, I realized that my approach was the same throughout – "How can I get relief without accepting responsibility?"
I was told once that the universe runs according to split second precision and operates in a very orderly manner with harmony as its trademark.  Of course I wondered why my life appeared to run according to chaos and operate in a very haphazard manner with conflict as its trademark.
If cosmic precision is what universal order and harmony are according to, then what should my own life be according to?  If the universe were to cease operating precisely, then how could any part of itself trust any other part? The planets would live in fear that the Sun may decide to burn hotter today even though it has been agreed upon for eons to be somewhat consistent.  Somehow though, every part is synchronized and that precision feeds back to each part as a sense of synchronicity, communication and balance.  The universe has never called in sick and never had to worry about its immune system or ability to heal. But what does the universe have to do with little ole me?
A few days ago I looked a man in the eye and said, "Yes. Yes I did" even though I knew damn well that I didn't, but hey, he didn't know that and couldn't possibly find out otherwise, so where's the harm after all?  In that moment it seemed that cosmic harmony came to a grinding halt and I fell out if sync with the universe.  Although, I immediately felt a little sick, what could one thing have to do with the other?  After all, how could a little white lie cause disease?  Disease is caused by a weak immune system that didn't fight off an outside attacker, right?  Where was my attacker then?
Had I come in contact with germs?  Was the air polluted?  Am I off my diet?  Did Mercury go retrograde?  Did my friend curse me with his low consciousness thoughts?  Was that chicken I ate for lunch cooked properly?  Who or what did this to me!!
I tried that same lie later to my girlfriend and she knew I was lying before I finished the first word.  The more intimate the relationship, the more immediate, exact and obvious are the feedback loops.  How can I deserve universal love, compassion and wisdom when I have no intimacy with the universe?  After all, isn't my misery a clear sign that universal support has betrayed me and left me alone to my misery?  Or is this the biggest lie of all?
Maybe the suffering is the obvious indicator that I hadn't really believed that I'm an integral part of the universe.  That the quality of my thoughts, words and deeds were somehow excused from universal influence and involvement.  Can I hide my motives from the universe any more than my stomach can lie about its gurgling to the whole body?  That doesn't even make sense, does it?  The stomach is integrated with the body and they operate via all sorts of feed back loops to maintain orderliness.  Yet somehow I am to believe that I am not integrated with the universe, and that without feedback loops, there are only curses, bad luck and evil germs that are out to do me in?
The universe doesn't need my hatred, selfishness, lies and deceit, which might show up daily as seemingly insignificant gossip, slander, doubt, criticism, half-truths and broken promises, yet if that is fed in, some part of the universe must balance it out.  Guess where the responsibility fell for that processing since it isn't of value to the universe anywhere else?  In me!  Each of us is the processing station for all the misery, deception, cunning, malice, manipulation, abuse, sneakiness, and dishonesty that we have been projecting into the world while blaming other people and outside attackers.
In an integrated system, nothing is lost and nothing is wasted, and no body gets away with anything.  Live as if that were true and 'link' to the whole thing, the real thing.  It's a simple question really – Do I, or do I not accept full responsibility for what I am fully responsible for?  It is wise to prioritize the lies and the separation dies.
Universal innate intelligence takes care of every part of itself better than we can imagine and all that it asks for is 'precision'.  When I'm honest with myself, I'm automatically honest with others.  If I make a promise, I do my best to keep it.  Respect and honor the value of giving my word to a loved one, or a stranger alike.  Speak well of others and feed that to the universe – in other words, give it something useful and uplifting and it will feedback in kind.  Live with integrity to synchronize, communicate and balance with the cosmic power of the universal whole.  Universal holistic health, order, ease and effortlessness is the consciousness of the Cosmos.