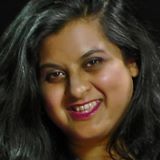 The Science of Emotions and the Key to Healing - Part Two

In the first part of this article we looked at how emotions, emotionally-charged beliefs and conditioning, affect health in terms of our biology. Now we shall look at the physics of emotions. At first glance, this seems to be an absurd topic. Physics is seen as a 'hard science' leading many to conclude that something as nebulous as emotions have no place in the tough, objective world of physics.

Yet physics is changing and in its new format, it is moving towards explaining the science of emotions and beliefs and even showing us the mechanisms behind healing. In fact, many successful therapies use these mechanisms in order to be effective.

When physics established itself in the 17th century, largely due to the work of Isaac Newton, it painted a picture of the universe as a clockwork machine, devoid of any soul or meaning. According to this view, human beings are also machines and our molecules are our constituent parts. Modern medicine emerged from this worldview and still seeks to fix the person by fixing the parts.

So what if physics moves on? How would this affect the way in which we view our universe and ourselves? With the dawn of relativity and quantum theory, physics revealed that the universe is a much stranger place than Newton's machine. Albert Einstein showed us that the universe does not have a steady time clock and quantum theory showed us that the parts of the machine are not really solid at all.

The 'stuff' of life
Until the era of quantum physics, we thought that the world was made up of solid particles called atoms which, when joined together, form molecules. When these particles physically interact, they produce effects such as the biochemical reactions of the body. Modern medicine still largely deals with the replacement of these molecular parts when these reactions malfunction.
It was by looking deeper into the atom that the real surprises lay. Instead of finding that a solid substance makes up the objects we see all around us, the early quantum physicists found lots of not very much at all. In fact, the ground substance of 'stuff' has proved to be quite elusive. At a fundamental level, a particle is now described as cloud of possibility of where a particle might be – something called the 'quantum wave function'. Weirder still, quantum physics discovered that our interaction with this wave of information determines aspects of its behaviour. By measuring the wave function in a certain way, we can determine certain aspects about it. The act of measurement is called 'collapsing the wave function'. It is as if the particle exists in many states until we look at it. It is our act of looking which causes the particle to finally settle down and decide what it is. This weird display of behaviour is at the heart of the seemingly solid objects we see around us.
It was in this way that quantum physics introduced the concept that our universe is shaped by the way in which we observe it. What is the act of observing? To observe something requires a conscious being. Thus, some interpret quantum physics as proof that consciousness creates our reality. But what is consciousness?

This is the paradox that physicists such as Amit Goswami have pointed out. He solves the paradox by saying that consciousness is the 'ground of all being' and that all matter emanates from it. He is joined by a number of physicists such as Fred Alan Wolf. You can see them speak about their views in a new film called, 'What the bleep do we know?'

So through the hard science of physics we have come full circle to ancient mysticism and realised that consciousness is everything and pervades everything. Finally the soul has been put back into science. How does this explain healing, belief systems and emotions? Where does information-based healing, like the BodyTalk System come in?

Emotions and belief systems are an aspect of consciousness, but whilst we had a scientific worldview that did not even allow for consciousness then the scientific discussion of emotions and emotionally charged beliefs was reduced to a sideline of neurology. Now that we have a physics of consciousness, all sort of possibilities open up. We can even consider the possibility of an emotional dimension to the universe, a concept we shall go on to explore.

Personal Alchemy
The process of personal alchemy has been discovered and practiced in different guises throughout the ages- everything from yoga, to ancient Vedic practices, to the more modern integrative practices like the BodyTalk System.  This another powerful way to truly release people from their core issues. It could be likened to a concept in physics called annihilation. This is when a particle of matter – an electron, and a particle of antimatter - a positron combine to make light. This process of annihilation is well known in physics but is not often applied to emotional healing (Figure 2). Figure 1 showing the antimatter – aura region and the matter –body region of a person, displaying the chakras

An electron has certain characteristics; spin, space-time, charge and mass. So does its opposite – the positron, but with opposite charge and spin, mass and space-time. When these particles come together, they cancel out and form a particle of light - a photon, which has no mass, no charge and exists out of space-time.

We can make peace with our emotions and emotionally charged beliefs in a similar way. When we come out of fear and judgment about our emotional beliefs and perceptions, we move to a neutral point by shifting our perspective. Instead of seeing the polarity or split about the situation – the good or bad, right or wrong, we see the healed situation that was there all along – we just had to move our perspective in order to see it. It is as if we bring the consciousness of our opposite particles together to form light, losing the mass and charge about the issue. With some clients you can literally see weight coming off their bodies as they permanently heal the issue! This is the process that has been known through the ages as personal alchemy – turning baser substance (matter and antimatter) into gold (light).

So we have learnt that emotional healing and perspective healing is the process of reconciling our matter and antimatter and transforming our consciousness into light. No wonder we hear about lightworkers!

The Mirror Universe
Further investigation into this issue led me to discover that it is widely believed by physicists that a mysterious substance called dark matter surrounds our galaxies and planets and actually shapes them. It exists as a sort of mirror universe overlapping the one that we live in, but it is usually invisible to us. Some scientists believe that this dark matter is actually antimatter. Professor William Tiller has worked out the characteristics of this mirror universe taking his cue from the work of James Clerk Maxwell and Paul Dirac. He concluded that the antimatter region of our universe vibrates at a higher rate than ours. This explains why we cannot easily detect it: it is vibrating too fast for most of us to see or measure, faster than the speed of light.

Faster-than-the-speed-of-light physics is very much a hot topic in at present in orthodox academic circles. What we call the speed of light could simply be a representation of the limit of the three-dimensional world in which we normally live. In fact, some physicists think that light is infinite and that it exists in many planes or dimensions, expressing itself at different rates of vibration. Our everyday plane contains matter, which vibrates at a certain rate, but the plane of antimatter vibrates at a rate faster than the one of matter and hence appears to be invisible.

The Aura zone
So far we have learnt that there is a zone, normally invisible to us that exists next to us as a mirror universe and shapes the physical world. Apply this to human beings and this should seem familiar. I believe that the antimatter region is what is traditionally called the aura. As many know, working on the aura causes physical changes within the body and this would fit with observations of the way that dark matter shapes galaxies. The same thing happens with us: as above so below as they say. The reason the zone appears dark in space is that it is vibrating too fast for us to perceive it. Likewise, many people do not see the auras around humans either, although some people can sense vibrations at higher frequencies. We call these people clairvoyant.

In other articles I have detailed how antimatter and matter arrive from infinite source in the form of spirals of light. This applies to many phenomena of the universe from planets to chakras. It is at the chakra that the two sides 'split' and become the body and the aura (Figure 1). So in BodyTalk and other systems that work with the aura or the chakras during healing with pure attention of consciousness has the power to affect the physical being.
We have seen that the resolution of the antimatter (aura) and the matter region (the body) can move the conflict into light and heal the being. The main ways in which this is achieved will be familiar to people who have some experience with clients, no matter what type of training they have had.
Conclusion
In both parts of this article we have seen that we are in a transition in science from a world of mechanical parts to one rich in consciousness and soul. Whereas the old scientific paradigm had no framework for emotions or beliefs, the new emerging vision of science is capable of accommodating this human faculty. We can also see the interaction between shifting our perceptions and emotional healing, and health and now the mechanisms by which this can occur. BodyTalk does not prescribe any medication nor does it diagnose.

BodyTalk bridges the gap between Western medicine and alternative modalities. These Taiwanese firefighters can use Access Fast Aid in emergency situations.