When the Understanding IS the Technique - By Tim Hall 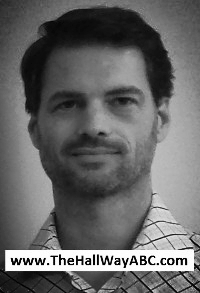 When the Understanding IS the Technique - By Tim Hall

The other day, I decided to clean up the garage, and this time I wanted it to be totally cleaned up and to have all the junk thrown out once and for all.  I started with the most junkiest stuff and threw away some broken equipment.  Then I noticed some tools were busted up so I  tossed them out.  What caught my eye next was an old box of stuff I had been saving for years, but it was now an eye sore and just taking up space so I tossed it.  After that, the junkiest thing was now my good tools but they were still old, dirty, mismatched and whatnot, and they were after all the least clean things by this point so I tossed them.  I was really committed to having a totally cleaned up garage.  I spent all afternoon sorting and cleaning and throwing out whatever was detracting from a 'clean' garage.  Eventually there was nothing left but an empty room (I'm sure you saw that coming).  So next I painted the walls and used a degreaser on the floor.  Much to my dismay, the concrete would not clean up completely and no matter how many coats of paint and spackle I used, it didn't look 100% clean.  So, of course, I knocked down the walls and tore up the concrete floor.  Do I have a totally cleaned up garage?  Well, you can't tell me that my garage is dirty!

I realized there will always be 'something' that is the least clean object, or the most old dirty tool, or some area that is the eye sore.  If I want to ever have a garage, I have to accept that it will never be 100% clean but neither will it ever be 100% filthy.  The dirty broken parts are as much a part of the garage as my brand new drill press. The garage cannot exist without them and, in one case, even my broken saw horses became useful for some unforeseen purpose for which they were never intended.  In this way, even the broken junk finds a special use and fulfills a purpose for which the right tool was not otherwise in my possession.  Had I only ever wanted to keep just the perfectly working tools around, I would have limited myself and perhaps not been able to complete the job.  Of course I started to become a junk hoarder, but that became unpleasant quite quickly.  I knew I had to find a level of cleanliness vs. junkiness that I could live with and be happy with, and I called this the healthy state of my garage.

That healthy state includes shiny new tools and broken junk.  I drew a parallel of that to the health of my body.  I have a healthy body but it includes some illness, some sickness, some dysfunction, some problems, some limited range of motion, some circulation issues and so forth.  Like with the garage, I could see that I had also been fighting against my own body trying to make it 100% healthy.  I see now that for 100% health, the cost would be total destruction, also like the garage.  But neither do I want to embrace my problems and live in a state of dysfunction and cover it up by pretending I like it that way in a false state of contentment.  Just as how I spend some maintenance time fixing and organizing my tools, I do work directly on my own body problems.  Sometimes the tools clean up nice, and sometimes I do throw them out.  In both cases, and with my body, when I start to lean in the direction of desiring 100% health, or when I apathetically succumb to my problems as if I'm doomed for 100% disease, it is then that I incur suffering.

Suffering fuels the fire and makes me think that my problems are overwhelming and that I'm headed towards a state of 100% disease.  I either slide deeper into apathy, or I fight even harder and obsess to have 100% health.  It can spiral out of control not unlike my unfortunate garage destruction incident.

When I stopped fighting it all, I could see that not only does health and disease (to whatever degree) coexist, I could also see that they literally are found together and will always be together.  Disease grows in the fertile ground of health, and health later grows on top of the disease.  They grow out of each other and on top of each other.  When they are taken to be separate conditions and to be at war where one can win over the other, then suffering rears its ugly head as the telltale symptom of this unnatural adharmic outlook.  That is the feedback indicator that things are off track and destined for an unnatural extreme.  Suffering is not the indicator that disease is getting the better of me, or that my problems are winning and defeat is surely at hand.  It is merely a nudge pointing the way back.   The farther I go off track, I am fortunate for the suffering to increase exponentially to get my attention and slow me down until I reverse course and regain my balance.

When I am able to see my whole garage for what it is – containing functional tools and also junk – I'm able to get to work and finish the day's project.  The whole garage is most functional at that point of recognition.  So it is with my body, my environment, my relationships and my life.  I am at my most functional and healthiest state when I work with my whole being inclusive of the sattvic good and the tamasic bad just as how I make use of my nice tools and my junky ones alike.

This outlook of inclusive wholeness is what really gets the work done.  When I'm working away on my project in the garage, it is as if the task finishes itself.  My role as facilitator is critical to the overall success and yet I'm just the guy moving the pieces around to help the garage and its tools to build something.  It is this knowledge that is the most effective technology that can be used to get the job done.  It is my role to recognize and appreciate the wholeness and that I am what most effectively facilitates the work. Even in the course of building something, successful as it turns out to be, I may break a wrench and have to toss it out.  Even the break downs are part of the build ups.

With my own health and life circumstance, it is also that same understanding that acts as the technique which keeps suffering at bay and allows for health to shift freely; for emotions to rise and fall; for thoughts to drift in and to flutter out; for ideas to come and go; for relationships to start and stop; for pleasure and pain to attract and repeal.  These things occur on the surface of life, but the whole thing is the real thing and it transcends these relative factors that appear to be at war but really are literally in an infinitely harmonious unity.

Wholehealthcare works with the whole being.  Like a tool in my garage, it can be used at whatever level it is accepted at.  It can be used as a blunt object to bash disease and fight tooth and nail for 100% health while hating and destroying our very own selves in the vain search for being symptom-free.  It can also be used as a scalpel in untrained hands to slice and dice the situation bringing about such strong coping skills that all disease and problems are embraced as being wanted and liked and enjoyed in some misguided attempt at accepting 'what is' when in fact it is an apathetically succumbing to 'what is' our own personal hell.

Similarly, Wholehealthcare can be implemented in such a way as to work with health and disease equally because that is the only way they can be worked with – equally, for they are in a unity.  How do we then help a client (or ourselves) to get better?  We don't.  It is here that the understanding is itself the technique. The body will do what it will do for better or for worse, and it is best able to thrive when we are not fighting it or treating it as if it is dumb enough to fight itself.  The innate intelligence of the body is better able to take care of itself than we could ever do consciously anyways. Wholehealthcare is an understanding and technique that can be used to raise the consciousness of the physiology to a state of conscious wholeness, which is the fertile ground for health, for disease, for Thriving!

Only in that state of thriving when there is minimal or no suffering, problems are not really problems, diseases are mere nuisances, and troubles are kinda laughable.  In all cases, we do what needs to be done but in any case they aren't able to slow us down too much or ruin our day.  In this state, no circumstance or threat or anything can overshadow the bliss that arises from living dharmically and thriving functionally.  Nothing overshadows the bliss.  Suffering is bliss turned inside out pointing the way back to dharma, back to functional thriving.  In a sense, even in suffering you are not out of bliss.  As this further stabilizes, it becomes self-evident and so simple that it can be no other way.   Bliss consciousness settles in permanently.  This is the potential of Wholehealthcare – the end of suffering and the permanent establishment of bliss.

Wholehealthcare consciousness is where the understanding of Wholeness is itself the technique for optimal health care.  This is not 100% disease or even 100% health.  This is the 200% value of life in unity.

The BodyTalk System encompasses all the aspects of Mind/Body Balance.