What does it take to build a healthy, thriving local BodyTalk matrix? 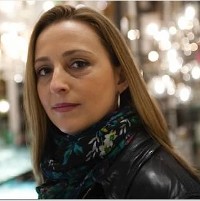 When I first became a BodyTalk practitioner in the fall of 2009, the BodyTalk matrix in NYC was in the process of disintegration. There were no classes being held, and most of the active Practitioners were either leaving the city or in major life transitions that kept them from being able to play a leadership role in the local community.

I never set out to become the female matrix holder, but was simply looking for ways to continue my BodyTalk education. I had travelled to take all my Advanced Modules, and when I expressed my dissatisfaction about that, someone suggested I coordinate local classes as a solution.

New York is a hectic and expensive place. I am a typical New Yorker, without a driver's license or a car, and completely used to the chaos involved in getting anything accomplished. Despite my hesitations around pulling off a class, I put myself up to the task with the support and guidance of Debbie Moran, CBI, who was the first Instructor I invited. We had weekly meetings and did regular matrix sessions on the classes. With a lot of levity and laughter we made our way through all sorts of fiascos, including a blizzard where our cab service arrived at 4:30am in three feet of snow and drove 5 mph from my apartment in Brooklyn to the class location in Manhattan - it took an hour and a half! By some miracle all 28 students actually arrived that first morning, and we only started half an hour late! For a year and a half we had a calendar full of successful classes: Three BodyTalk Fundamentals Courses, two Access Classes, Mindscape, Principles of Consciousness (Module 3), and Macrocosmic BodyMind (Module 6) - all with great attendance and success.

But then something seemed to shift, and the courses no longer continued to build. A few classes ended up being canceled or had low attendance. One thing that kept coming up for me was a sense of exhaustion around the work that goes into putting a class together. In addition to my full-time practice and coordinating classes, I was donating one weekend day a month for our study groups, and for a year we had great attendance but then suddenly everyone stopped showing up. Since I was personally paying for the space and not being compensated for my time, I suspended the schedule until we could find somewhere for free or until someone else could step in to help run them.

It felt like I was doing everything with absolutely no support. There was no infrastructure in place to hold this kind of energy, and I knew I had hit the limit of what I was personally capable.

Just about the same time as a total sense of failure was starting to settle in, a few people reached out to me wondering why things had seemed to come to a grinding halt. Since I was honestly not sure, I suggested we get together and do some matrix sessions, to shift the imbalances that might be contributing to the drop in energy and see what we could learn.

The first matrix session was a group of eight or so practitioners. We did the session round-robin style, changing practitioners according to priority. After that, the sessions were smaller in size, and the committed few met regularly for almost a year. I am grateful to Jean Menges, Christine McEwan, Regina Guenes, and Maria Petrova for the energy they invested in helping our matrix to heal and grow during that time. There were very few classes, study groups, or activity. It was a time of contraction in order to re-contextualize and re-evaluate.

As a group, we were able to help shift some of the old dynamics that were lingering from the previous local matrix which were contributing to some of the current dynamics we were struggling with. Once that was addressed, we noticed an immediate shift in our ability to put classes together and organize in a supportive way for each other. Something else that came up was that I was both female and male matrix holder, so it was important to shift that as well. John Veltheim was installed as male matrix holder at first, until eventually some men came forward who were willing to take on leadership and coordinating roles.

In addition, we found Claudia's IBA matrix sessions to be very supportive. There were a lot of parallels to what was coming up in our sessions, which helped us appreciate that some of the dynamics we were facing were connected to the global IBA matrix dynamics as well.

One thing that kept coming up was that idea that a BodyTalk center wanted to happen. So we took that into consideration, and discussed forming an association that perhaps could have a home somewhere. It kept showing up as being located in the heart chakra of New York City, so when I was approached by a business owner whose office is located in Times Square I made sure to follow up.

It didn't seem like the right fit for an association, but what happened instead was that I was able to relocate and expand my practice there. It was great for me, my clients, and for the local matrix because it meant we could finally have the much-needed space for monthly study groups as well as a meeting space for public lectures. With everything more centralized I am now better able to play a leadership and support role while our community continues to grow and expand. I feel invigorated instead of exhausted!

Throughout all of these experiences over the last four years, I have come to appreciate that a matrix has a life of it's own. By having regular group matrix sessions and creating a community of support for each person's individual process of participating, we are allowing it to thrive and change as it needs. Our hope is to create a community that allows for sustainable growth so that the presence of BodyTalk in New York is a valuable resource of support for the 8 million residents that live and work here. We want it to be able to continue to grow with the changes happening locally here as well as in the global BodyTalk community.