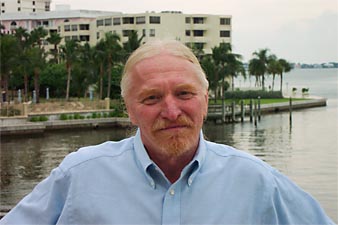 Stephen earned his associates degree from Roger Williams College in 1976 where he majored in mechanical/electrical engineering technology. Stephen is a Vietnam Veteran with 20 years of military service (active/reserve) in the US NAVY SEABEES and attained the rate of Chief Petty Officer during his NAVY career. Stephen retired from the US Government in 2002, (Dept of the NAVY) as a GS12 engineering technician. His last assignment was working on anti-submarine warfare systems onboard surface ships and submarines in the fleet. He retired with 33 years of Federal service.

Stephen has been practicing BodyTalk since 2002 and has attended all the modules(many times) as well as Parama BodyTalk, Mindscape, BreakThrough 1&2,(many, many times) and Freefall. He taught Modules 1&2 for 6 years and continues to teach BodyTalk Access classes when he can. Stephen  has decided to focus his full attention on his  own personal growth.

Stephen and his wife Marilyn live in Rhode Island and are the parents of two, Shane and Kathryn. They are also proud grandparents of three fine boys and two beautiful granddaughters. Aidan, Lukas, Alana, Trinity and Dominick.